What’s for lunch in England?

Martha Payne, the 9-year-old British school lunch activist, has rocked the world the last couple of weeks with her blog Never Seconds. First she got more than two millions hits for her chronicle of her less-than-nutritious school lunches (as well as pictures of meals kids sent her from around the world). Then, just when it looked like her efforts might provoke some much-needed change, she was told by the local council she had to stop photographing the meals. Then the cries of censorship and tyranny from the blogosphere and Twitterverse forced the council to change its mind. What a month it’s been for Martha!

But in all the discussion about this crackdown on freedom of expression, and the power of social media, the original point she was making about the problem with school meals has been getting a bit lost. 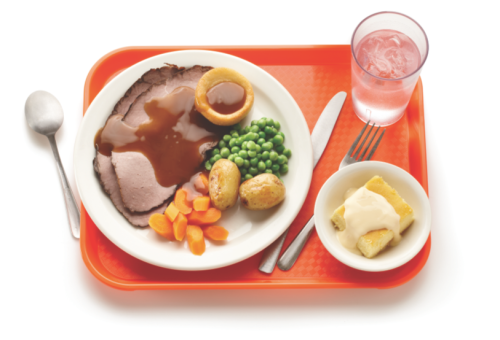 What’s for Lunch in England? Photograph by Yvonne Duivenvoorden

Britain’s story about changing school dinners for the better has inspired much discussion and many tributes.  After years of campaigning by organizations such as Sustain, and a powerful push by Jamie Oliver‘s School Dinners TV show, the transformation has been dramatic. Out with Turkey Twizzlers, in with fresh fruit and veg; out with fried foods and low-quality meats on a regular basis, in with new cooking facilities and an emphasis on using food from local producers. (The image above is from my book What’s for Lunch? and represents the new and improved school dinner. )

And the response has been extraordinary. Absences (related to illness) have dropped 14% since the introduction of healthier school meals. Kids who eat the nutritious meals are actually doing better on tests than those who don’t eat them.

END_OF_DOCUMENT_TOKEN_TO_BE_REPLACED

Comments Off on What’s for lunch in England?