As parents, we’re often told to give our children choices. This will offer kids a sense of power and provide them with the notion that they are capable, independent people able to make good decisions on their own. Attempting to employ this technique when my boys were younger, I would often find myself offering them a choice between what I wanted them to do and something horrible. Say, “Well, daaaarling, if you don’t like dinner, you can make a choice to sit here and eat like a civilized person with the rest of the family or you can choose to go upstairs to your bedroom and be all by yourself while the rest of us enjoy ourselves (and, oh yeah, no dessert).”

I’m not sure that was what the parenting experts meant, but it worked for a while.

I was thinking about it this week when a YouTube video made by high school students in Toronto complaining about the provincial ban on junk food in cafeterias made the rounds. 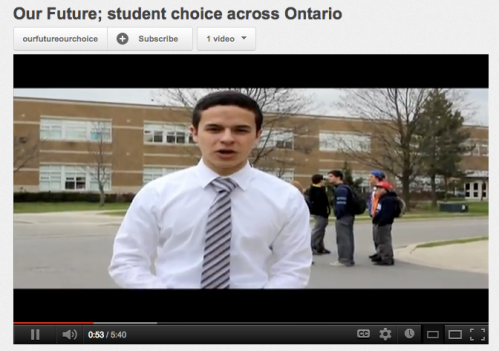 The gist of the student’s argument—told using a KONY2012-inspired style—was that because of the new “healthier” offerings in the caf, most of the kids are leaving school grounds to eat lunch. School boards, they said, are losing money, and kids are still eating junk. The narrator argued that since adults are always talking about how kids need opportunities to make good choices—why not give high school students a choice in what they eat?

I found this video interesting on several fronts. 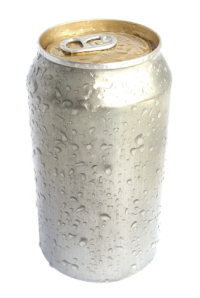 The first is that the food offered in the cafeteria (according to what the filmmakers showed) seems extremely uninspired. Instead of embracing the legislation to create a whole new kind of food service, the school offers “healthy” tweaks on standard caf fare: whole wheat pasta and pizza, baked french fries, bran muffins instead of more cake-like ones, no regular soda, but lots of diet pop. While I understand why food service would move in this direction (ease and speed of implementation), I have to wonder about the lack of imagination. No wonder kids are leaving the cafeteria—the food frankly doesn’t look or sound very tasty.

But, as we all know, healthy food doesn’t need to taste like cardboard (and since when was diet soda healthy anyway?). And it doesn’t have to be more expensive (as the video says it currently is). It takes effort and a lot of care to bring in real alternative healthy choices, but places like FoodShare’s Good Food Café and many, many other school cafeterias are proof that when done right, it can change everything. Kids like the food, they eat more healthfully and they might even begin to see the transformative possibilities (for them, their communities and the planet) of change to the industrial food system.

But the thing that also really struck me about this video was the emphasis on the elimination of choice. If students want junk food, the narrator argued, they should be able to choose it just like anyone else.

Of course, the truth of the matter is, they can choose to eat junk (as this Toronto Star article pointed out) —they just can’t buy it on school grounds.

And with all due respect—and I do respect the fact that these guys spent the time to create something about an issue they care about—I think they need to interrogate the premise that they have choice at all when it comes to junk food. Bombarded with advertising for corporate food culture on TV, in the subway, on the internet, even in some schools, young people (not to mention adults) have little defense against it. Sure, young people are savvy and super media literate, but like anyone who has limited exposure to alternatives, they’re freedom of choice is limited by the extremely uneven playing field.

Pepsi spends upwards of a billion dollars a year to convince us of the benefits of drinking soda. Where are the ads for healthy whole foods—the video games promoting the benefits of broccoli? The bus ads showing how cool you’ll be if you eat cruciferous vegetables or what a risktaker everyone will think you are for enjoying lean meats? (Come to think of it, it is rather like the so-called “choice” I offered my boys when they were little—the “choice” was no choice at all.) 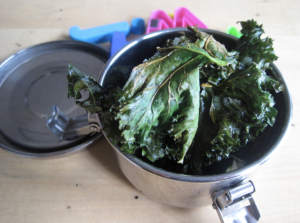 The legislation in Ontario is an effort to level that playing field. (Check out this New York Times chart comparing the decreasing price of soda and the increasing price of vegetables for more on how the cards are stacked against healthy eating.)

Considering the diet-related poor health and obesity crisis in this country, it’s as much about self-preservation as anything else. On a strictly financial front, it’s absurd for the province to sell kids junk food now, when they’ll have to pay (literally) for the consequences of this diet down the road—in health care costs and unrealized potential, among other things. But it’s also irresponsible for the education system to teach students (and providing junk food in cafeterias is a tacit agreement that it is okay to eat it) that unhealthy processed food is acceptable on a daily basis.

I’m glad to see students speaking up about what they eat, but I think their energy would be better placed if they focused on how to improve the implementation of the legislation (really transforming their cafeteria) and/or their school’s approach to the new rules. There’s so much potential there. This is not about choice, it’s about our collective future.

Comments Off on What’s the choice?